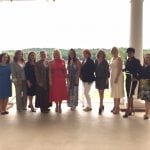 DULLES, Va. (8/16/2018) –On August 2nd hundreds of the DC area’s most prominent women entrepreneurs and business leaders gathered for the 10th Anniversary meeting of Sterling Women, a monthly networking luncheon for women with a mission to showcase women in business and feature woman speakers.

Sterling Women, which has no dues to attendees, was created and founded by Reston Limousine President and CEO, Kristina Bouweiri in 2008, and is still led by Bouweiri each month. To help mark the 10th anniversary celebration, ten of the original speakers were invited back to share their experience, wisdom, and successes since first speaking at Sterling Women.

One of the most impactful was that of Zarif Sahin, who told her story of being given away at only 13 as a child bride in her home country of Turkey. After moving to the US with her husband, she taught herself English from watching episodes of Sesame Street. After leaving her husband, she worked as a daycare provider and hairstylist to support herself. Today, she is one of the top realtors in Virginia. Her Sterling Women speech led to a TED talk and she is now a global ambassador for women’s rights.

Another inspiring success story is that of Amy Dagliano. Though Amy had attended Sterling Women many times, she was particularly moved by the founder of KeyLime (www.keylyme.org), Jaclyn O’Brien’s speech. Like Jaclyn, Amy also suffered from Lyme Disease and the difficulties and roadblocks discussed in Jaclyn’s speech really resonated with her. Amy was so inspired that after the speech she drove directly to her boss’s office where she promptly resigned to start her own business; Rowan Tree, the first women-focused coworking and cogrowth space in Virginia.

Kristina Bouweiri is also passionate about giving back to the local community, which can be evidenced by Sterling Women’s numerous fundraising events and efforts. Two such examples include the Wine Cheese and Chocolate and Partini fundraising events.

Sterling Women raised over $200,000 for charities in Loudoun County through such fundraising events.

“I am moved by the number of women who joined us for our ten-year anniversary. Sterling Women has always been a place that businesswomen can come to be inspired, make connections and make lifelong friends.” Kristina Bouweiri, Reston Limousine Owner & CEO and Sterling Women founder, said. “I am so proud of all the amazing things our speakers have accomplished since joining us for the first time!”

The positive and life changing effects of speaking at Sterling Women can be evidenced by the numbers:

These are just a few of the success stories to come from Sterling Women’s 10 years.

Honorable Rep. Barbara Comstock and Chair of the Loudoun County Board of Supervisors, Phyllis J. Randall attended the Anniversary event as well. They marked the occasion by presenting Sterling Women with a Congressional Record and County Resolution respectively. 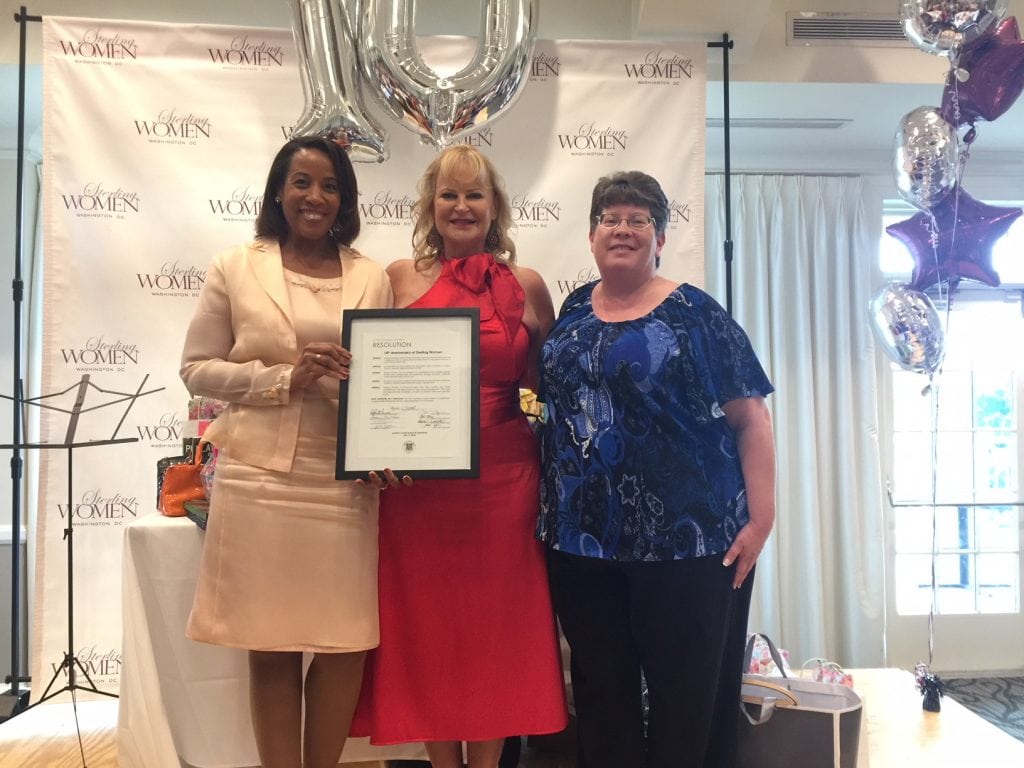 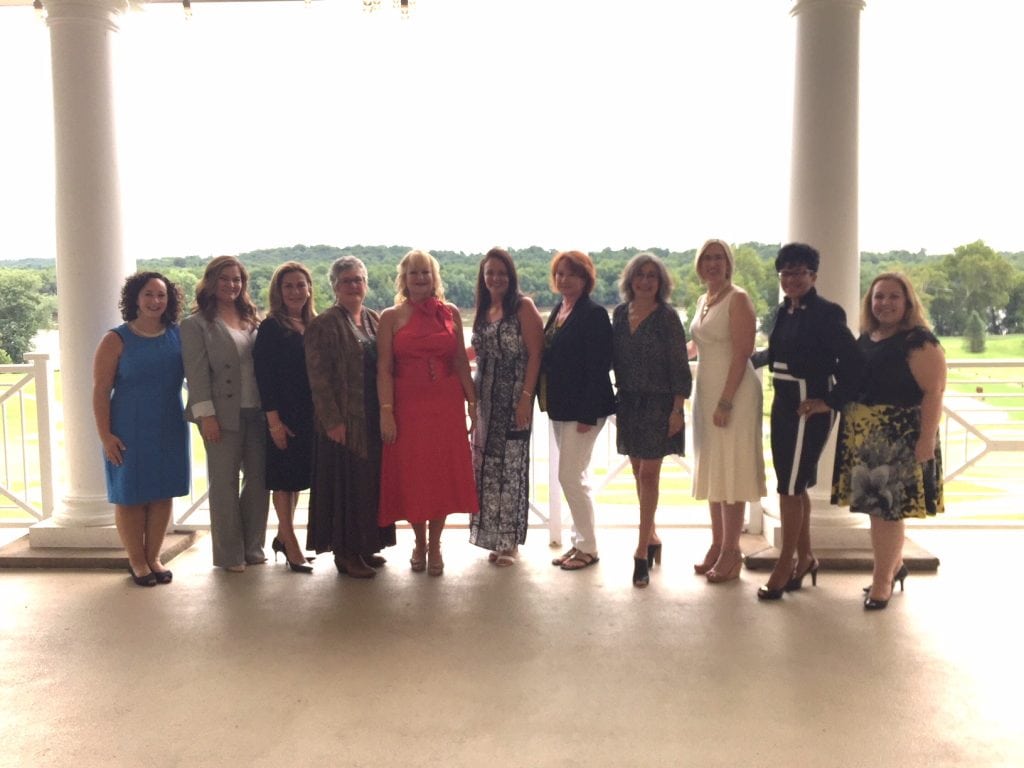 Kristina Bouweiri with the 10 speakers. 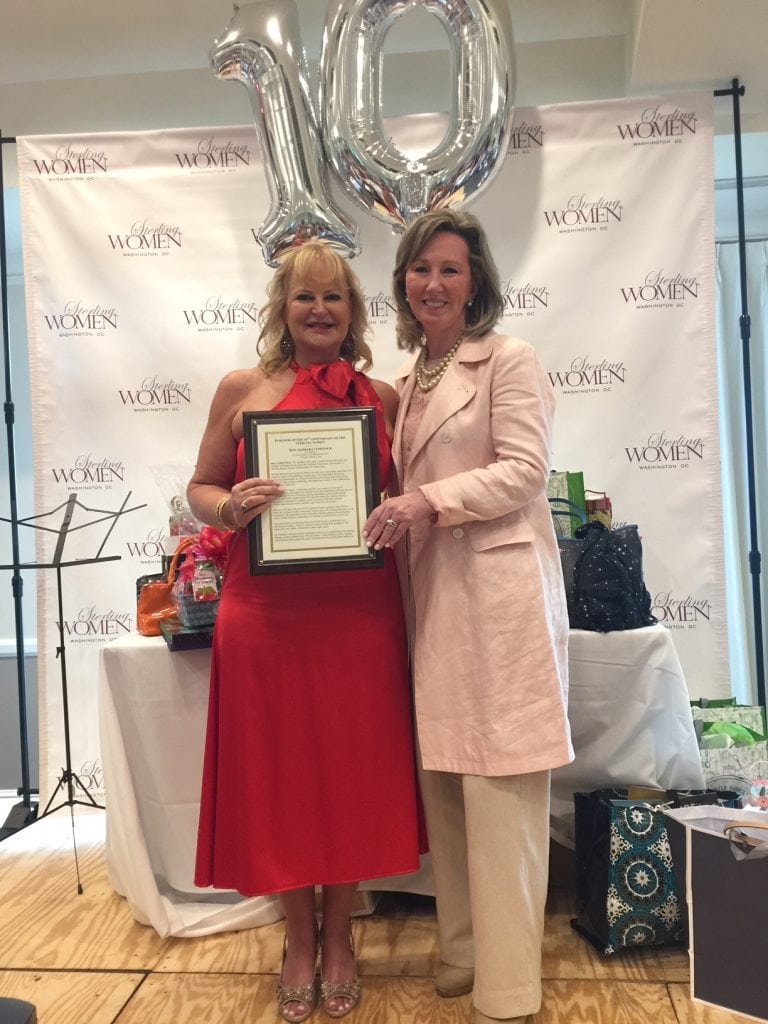