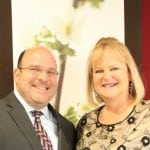 Dulles, Virginia, December 18, 2014 — As Reston Limousine looks forward to celebrating 25 years in business in 2015, President and CEO Kristina Bouweiri is pleased to announce that 2014 year-end revenues are up by 20% — the highlight of an astounding year marked by an expansion throughout the company, including creation of 80 new jobs for a total workforce of 380 employees.

The growth in the business also has included the purchase of 50 new vehicles, bringing the companyâ€™s privately owned fleet to more than 200 vehicles including limousines, sedans, SUVs, vans, Van Terras, mini buses and motorcoaches.
The yearlong expansion has been fueled in part by the successful bids on eight new contracts, including shuttle service for Howard University and Northern Virginia Community College. Even as the company boosted its core business, however, Bouweiriâ€™s team launched several initiatives to diversify revenues, including:
â€¢ Building on current infrastructure with a waste dump site for motorcoaches;
â€¢ Opening wash bay facilities to other transportation companies;
â€¢ And creating a Department of Transportation Certification Program for the chauffeured transportation industry.

“The slow economy has made us realize we are more than just a limousine company. Weâ€™ve been successfully operating shuttles and transportation services for 25 years, and we will continue to be on the cutting edge of new products and services, providing our customers with the exceptional customer service that weâ€™re known for,â€ Bouweiri said.

Among the new products and services launched this year were:
â€¢ A revamped website that has improved the online customer experience;
â€¢ Brewery tours in Northern Virginia and Washington, D.C., that have capitalized on the growing interest in local craft beer;
â€¢ Silver Line shuttle service that has included a marketing campaign offering a free week of service for qualified clients;
â€¢ And a Washington, D.C. Sightseeing Tour CD that includes highlights of historic monuments, statues and attractions in The District.

Another reason why this 25-year-old company continues to grow is its longtime commitment to the local community. Reston Limousine has donated more than $100,000 worth of transportation services to local charities this past year and raised $20,000 for the Inova Breast Care Institute in a single evening through Wine Cheese and Chocolate, Bouweiriâ€™s signature fundraising event with Sterling Restaurant Supply.

As head of Washington, D.C.â€™s premier transportation company and as a female CEO in male-dominated industry, Bouweiri profile in the local, regional and international community also has been heightened this past year. She has added three board seats to her list of achievements, including the DC Chamber of Commerce, World Police & Fire Games Fairfax 2015 and Inova Loudoun Hospital Foundation. She also is active on the George Mason University School of Business Deanâ€™s Council and co-founded its Women n Business Initiative, which provides current students, alumnae, and businesswomen a unique platform of engagement for professional development and networking.

A longtime supporter of women in business, Bouweiri has mentored female executives and entrepreneurs through Sterling Women, a monthly networking luncheon she founded in 2008. The concept has expanded since then, and this year was licensed to three new areas — Manassas, Winchester and Washington, DC — with more anticipated to open in 2015. In growing acknowledgment of her business achievements, her speaking engagements have doubled this year, highlighted by her representation of the United States at the Global Summit of Women in Paris in June.

Bouweiri wrapped up a stellar year by chairing the 2014 DC Chamber of Commerceâ€™s Chamberâ€™s Choice Awards and Gala, and by being recognized by the “Washington Business Journalâ€ as one of the Most Admired CEOs in the Washington, D.C., area.

“In looking back at 2014, itâ€™s hard to think how we can top it in 2015, our 25th anniversary year, but weâ€™re going to try,â€ Bouweiri said. The company will kick off the year with the launch of a new social media contest or campaign each month, to include giveaways and prizes. For more information, follow the companyâ€™s Facebook page at https://www.facebook.com/RestonLimousine.