The award was presented on March 17 to CEO Kristina Bouweiri and her team at the 2015 International LCT Show, which took place in the Sands Expo and Convention Center in Las Vegas.

“I want to thank LCT magazine for their support through all the years,” Bouweiri said during her acceptance speech at the show, an annual event organized by the oldest trade publication for the ground transportation industry in the world.  The largest annual global convention and trade for the industry, the show featured keynote speakers Stephen Dubner, author of the Freakonomics book series, and Ed Fuller, former president of international lodging for Marriott International; education sessions offered by the National Limousine Association; and an exhibit space showcasing more than 130 vendors including manufacturers of the latest vehicles, from gullwing limousines to motor coaches. 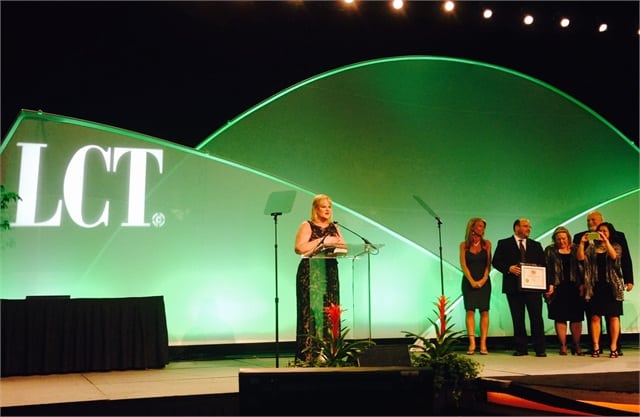 Reston Limousine joined about 3,000 attendees at the show and shared the spotlight at the March 17 awards ceremony with the following winners:

With more than 200 vehicles in its privately owned fleet, Reston Limousine ranks No. 13 in the country in operational size. The Operator of the Year award recognizes a company’s achievements and growth during the year prior to when it is presented.

Reston Limousine had a banner year in 2014, with year-end revenues up by 20%. Among other accomplishments last year, the company: