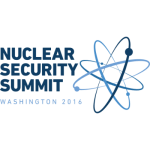 The 2016 Nuclear Security Summit, an annual event focused on preventing nuclear terrorism around the world, will be taking place this year in Washington DC March 30-April 1. Heightened security measures will be in place, and our partners at Destination DC have provided the following information to help plan around these restrictions:

Destination DC would like to share important information released from the U.S. Secret Service to help you plan, including traffic restrictions and a map of road closures. Please note:

As always, safety is paramount and here are a few points to note following the attacks in Brussels: