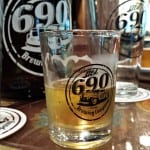 “Hillsboroâ€™s Oldest Craft Brewery” opened this summer, set along historic Ashbury Church Road and named for the road it sits along.

Co-owner Darren Gryniuk explains:”Ashbury Church Road used to be the old Route 690 from the 1940s that connected Hillsboro to Purcellville. Still dirt today, as you know. So the theme is all about oldâ€ â€• hence the name: Old 690 Brewing Company. 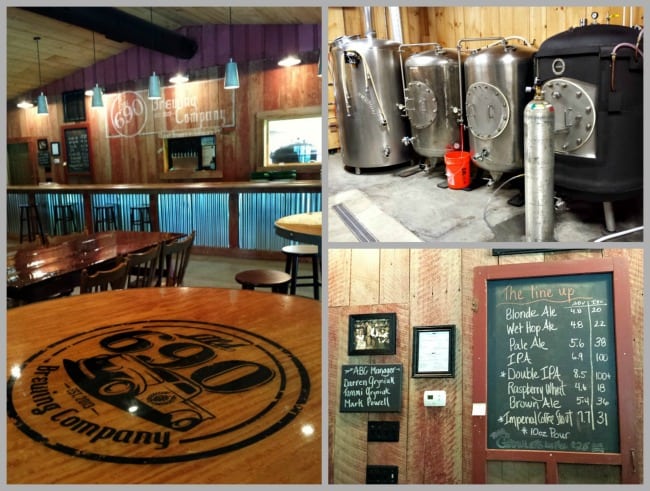 The 10-acre lot the brewery sits on belongs to close friends Mark and Ronda Powell, who used the cleared area for picnics and bonfires with friends. Darren and his wife, Tammi, partnered with the Powells on the new venture after a chance conversation at a brewery up the road.

“Mark, Darren and another buddy of theirs were sitting at Mad Horse in Lovettsville about a year and a half ago,â€ Tammi Gryniuk says. “They were sitting at the bar going â€˜Wow, this is amazing, this is great, we love it and we love beer.â€™ And they just looked at each other — and … said, â€˜Letâ€™s do it, letâ€™s build a brewery.â€™

And not just any brewery, either. They set out to become one of the first farm breweries in the commonwealth, planting more than 300 hop plants behind the brewery that theyâ€™ll use in their seasonal ales. They expanded their business partnership to include master brewer Bob Lundberg, who was formerly employed at Oâ€™Fallon Brewery in St. Louis and now oversees their 5-barrel system when heâ€™s not flying the skies as a pilot.

“We wanted to do a lot of things people were familiar with but at the same time we want to do seasonal type beers, like we have a Peach Wheat and Fresh Hopped Blonde Ale,â€ Tammi Gryniuk says. “We love hoppy type beers, but we also know itâ€™s big wine country so we wanted to make sure we had some lighter beers for people who arenâ€™t into the hops, who arenâ€™t into the darker beers. Like the Peach Wheat, most white wine drinks would probably lean towards that style if they’re going to pick one, or something light like the Blonde Ale.â€

They’re seeing that the wine enthusiasts are now expanding their palettes beyond just the familiar wine varieties and qualities they enjoy over to the larger beer spectrum. “Itâ€™s fun to see the conversion,â€ Darren Gryniuk says.

Their tap lineup includes a good range from their seasonal Fresh Hopped Blonde and Peach Wheat at 4.6% ABV to their premium brews, including their Belgian Tripel, at 8.9% ABV. Theyâ€™ll also carry a homemade root beer and sweet tea for kids, designated driver and anyone else who isnâ€™t drinking that day. Plans for the future include getting kegs distributed to restaurants and sold to the public, as well as bottling their beer. For now, however, theyâ€™re enjoying the crowds coming out on the weekends to share their brews against a backdrop of live music inside and hops in the growing in the backyard. 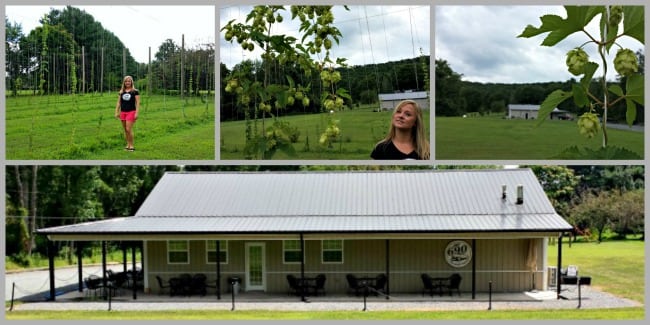 Old 690 will be joining our Loudoun Brew Bus tours soon —
click here to view our upcoming schedule of the latest tours!