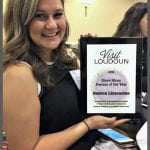 We’re thrilled to have been  honored with the Steven Hines Partner of the Year Award for 2015 by Visit Loudoun at the 20th Annual Meeting & Tourism Awards ceremony today at Marriott Washington Dulles Airport! More than 2,000 hospitality professionals and others attended the event, including Congresswoman Barbara Comstock who provided opening remarks.

At the meeting, the following new members of the board of directors were installed:

Following their installaion, Destination Think’s Aaron Nissen presented a keynote speech hyperadvocating the virtues of the millenial generation and provided tips on how to reshape marketing strategies to create experiences rather than sell products. Visit Loudoun President and CEO Beth Erickson presented Nissen with an impromptu “Trophy for Participating” before turning to the Tourism Awards.

The Partner of the Year Award, which was renamed for the 2014 awards after Visit Loudoun founding member Steve Hines, in part recognizes our efforts to support Loudoun’s rural economy through our brewery and winery tours. 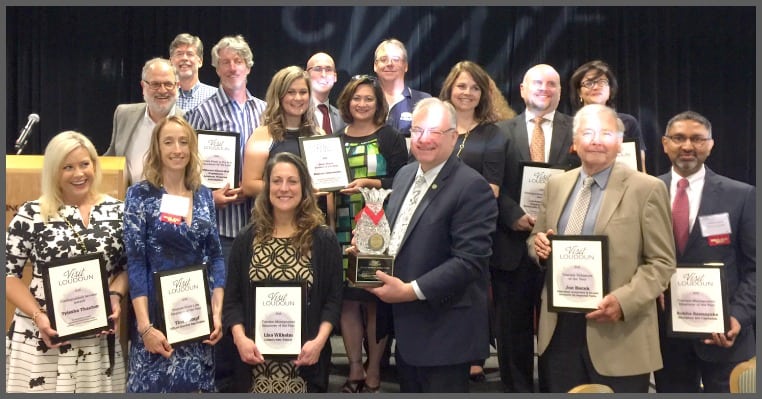 We were proud to share the stage with the other winners at today’s ceremony: