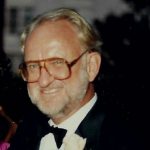 On this Father’s Day I am reflecting on the lessons learned from my father, who was a Foreign Service office for the U.S. State Department. He also was my first role model and mentor. As a young woman I wanted to follow in his footsteps and got my degree from George Washington University in international affairs. Immediately after college I got a job with an international nonprofit and worked in Somalia and Kenya, where I realized that the nonprofit arena was not for me.

After returning to the United States, I found an advertising sales position that eventually led me to the business career I developed over the last three decades with Reston Limousine. Throughout that time, I gained corporate insights from many different mentors – but the basic foundation of my professional career has been rooted in the life lessons I learned from my father.

Here are the top three lessons that I applied in my company from day one:
1. Integrity. My father was a man of his word. You could count on him to do what he said he would do and he expected the same from his kids. He worked very hard and won many awards for his excellent performance as a career diplomat.

2. Work Ethic. My father left before we woke up and returned home after we went to bed. He made up for it on the weekends! He taught us how to swim, eat crab, play tennis, throw a frisbee – and then he would barbecue a great meal for dinner.

3. Inclusion. We lived overseas as children and we always lived in regular neighborhoods instead of on compounds or where the other Americans lived. He wanted us to learn languages and understand the culture everywhere we went. He instilled in us at a young age that all humans are equal no matter their race or income level. 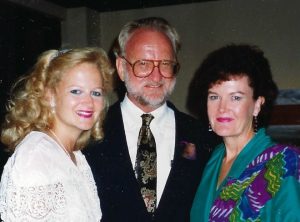 Kristina, her father, William Jacobsen, and her mother, Linda Jay

There were many other lessons I learned from my father that have impacted my life. My father can get up in front of any crowd and give an amazing speech without notes. He encouraged me to work on that skill as I used to have a fear of public speaking.

He also encouraged us to try different foods, travel, live music and dancing. My parents had a party every weekend that included great food, music and dancing. All my friends loved my dad and my dad loved my friends. They still ask about each other. He always stood up for what is right and gave a voice to those less fortunate.

To my dad and all the men who have been role models for their children throughout their lives – Happy Father’s Day!