As part of Loudoun Small Business Week, CEO Kristina Bouweiri moderated a panel on “How to Think Like a CEO” in which several small company CEOs discussed their journeys, some pitfalls to avoid and how they work to adopt a CEO mindset every day.

The panel was one of the sessions at the 2019 Loudoun Small Business Conference, which took place May 6 at  Washington Dulles Airport Marriott. As part of the panel discussion, Potomac Bancshares & Bank of Charles Town CEO Alice Frazier, I-CARE Founder Donna Ivey and Ford’s Fish Shack CEO Tony Stafford shared their strategies for success in building their professional careers and their businesses. 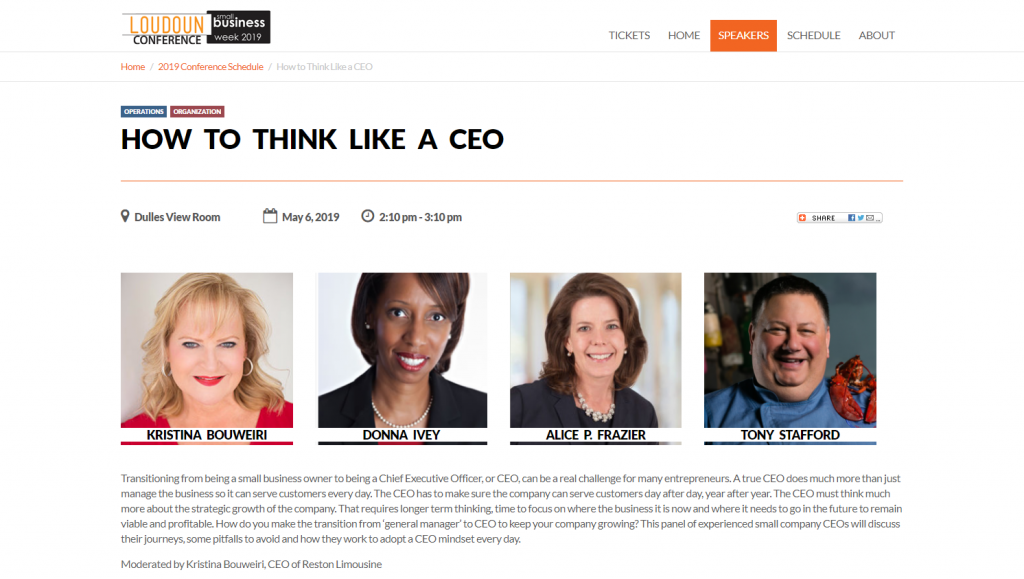 While Reston Limousine has not been a small business for many years, Bouweiri has been the driver behind the strategic growth of Reston Limousine from five vehicles in the 1990s to a fleet of 250 sedans, SUVs, limousines, vans and buses today. A longtime resident of Loudoun County, she also has supported women small business owners and executives through Sterling Women, a monthly networking event she founded in 2008.